I tried a few different wrap brands before I got to Pavo, but once I landed there, I stayed. Last spring, when I was a brand new Pavotee, I went to a local Pavo meetup to try all the wraps. My stash was still just a couple wraps, nothing especially expensive or fancy or hard to find or highly sought after, and I’m pretty sure no one else even tried anything I contributed to the pile.

Where it all started.

My favorite thing I wrapped with that day was Lo-fi. I was still so green and let’s just say it actually had a market value and that seemed like a crazy and impossible thing. It was beautiful and perfect, but I knew it was not for me. My second favorite thing that day was Farrand Fuchsia, so I went home and bought one second hand for right around retail. 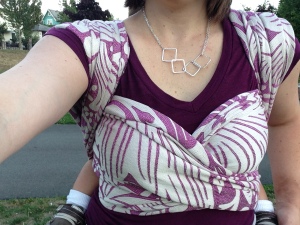 The next best thing.

Fast forward a few months and, for better or for worse, I have fallen deep into this rabbit hole.  Market value no longer seems like a crazy proposition. Maybe I can save my pennies and bring the beauty I’m still dreaming about home…

Or not. Just as I was thinking that maybe I could do this, market value shot up seemingly out of nowhere. Four figures on a cotton wrap was not really in my wheelhouse. Not now, and probably not ever. Okay then.

But then I got lucky and scored at a highly sought after release. Something new, and maybe this would be a good replacement! But despite my excitement about it, this new wrap just wasn’t for me, and on a whim I put it up for trade for Lo-fi.

And it worked. It was a complicated, three-way, cross border trade but it worked.

We caught a unicorn!

When it was on the way and the trade was in motion I had so many second thoughts. I had wrapped with it once for only a few minutes months ago. Did I even remember what it was like? Will I still love it? Am I completely insane? 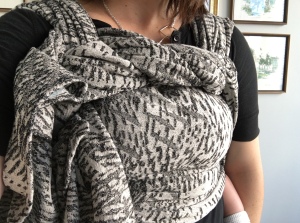 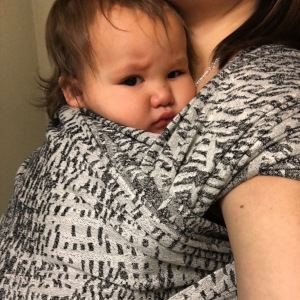